Review of “The Sabbath, Jesus, and Christians” by J.D. Greear 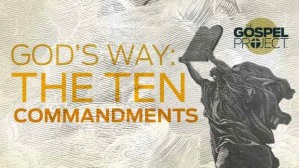