Excursus on the Glory of the New Testament

Please excuse me for this excursus from glossary entries, but I wanted to explore the OT/NT differences using an extended metaphor. Maybe it’s a little goofy, but hopefully, it will convey the dramatic shift from OT to NT.

A covenant is like a vehicle that God designed for His people to get them from one place to another. Let’s explore what it means to be in the new covenant using automobiles as the illustration. What comes to mind when you replace your old car with a new car? Most people imagine an older model that has served its purpose and a newer vehicle with added features and improved handling. At some point in your life, you decide to trade in the old for the new.

But there are several ways people handle the decision whether to replace their old car, or not. Similarly, there are different ways people view the relationship between the old and new covenants.

This is how many people would describe the difference between the two covenants: You turn in the old model and start driving the new version. The old model served its purpose and there may even be something about it that you no longer like. Furthermore, you keep running into friends who decided to get a fancy new car and you’re ready to make the move.

At first blush, the new car accomplishes the same thing as your old car: transporting you from one place to another. Some people see little difference between the old and new cars when this practical matter is all that is considered. That is why some people will do what they can to keep their old car relevant. They never really get to experience what it’s like to be in a totally new vehicle. But they don’t care. They don’t need luxury driving to work every day and they don’t want to make the sacrifice in order to get it. 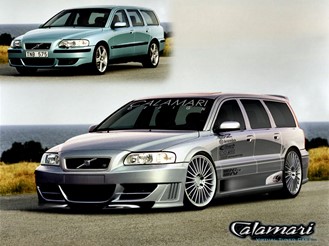 Others see the relationship between the old and new covenants differently. A Sabbath-keeping Hebrew-Christian stated, “The New Covenant should be seen not as a replacement of the Mosaic Covenant but the New Covenant is the Mosaic Covenant written on the hearts of the Jewish People. Under the New Covenant holy living that is required under the Mosaic Covenant would be natural as God’s Torah is no longer an act of human observance, but holy living is the only way to live for those with the Torah written on their hearts.”[i] According to this view, the old car is not replaced—it is merely upgraded. They just love their old car. However, because they are enticed by the new, they tweak their car here and there to make it look new.

But the difference between the old covenant and the new covenant is unlike either of the above proposals. The new covenant is not a “pimped” old covenant or the latest upgrade. Let this car represent the old covenant. It is old and it was made for a specific people at a specific point in time. That time has passed and parts are no longer available and it is hard to find a mechanic willing to work on it. Furthermore, there are fewer and fewer of these models because they are old and vanishing away.

But you are one of the few remaining owners and you are comfortable with the idiosyncrasies of starting, driving, and maintaining your old car. You take pride in the fact that you could operate a stick shift, have the strength to turn the crankshaft, and the wherewithal to change the oil. The rules of the road are pretty much the same for everybody, and though you get stares, it still does what you want it to do. Your car manual seems to cover all the essential features of your car. You think to yourself, “I could probably drive this car forever.”

But you notice that many of your friends are discarding the car that’s been in their family for years, even though it is still in working order! You are enticed by the dealer’s offer of a free car, but draw back because he requires you to turn in your old clunker. He tells you that you cannot drive the old and new cars simultaneously; so you must decide which car to make your own. In comparing the two vehicles, they have many features in common, however, as you examine the new car more closely it has many superb upgrades and performance improvements. Some features are completely redesigned and others are above and beyond what you could have imagined. The more you learn about the new car, the more you realize the limitations and uselessness of the older model. Most importantly, what you thought the older car could do as well as a new car, you find that it cannot.[ii] Hopefully, your final decision is to consign your old car to the automobile graveyard and take off with your new car.

[ii]This is not to say that OT saints were not saved, but it was not the Mosaic covenant that saved them. They were saved by grace through faith. But it is the new covenant that brings reality to their hope and ensures their everlasting place in the presence of God.